Do I have to choose between my Christian faith and what science teaches? 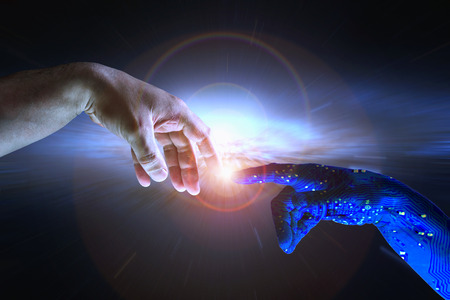 No, the Christian faith fits the scientific facts. Science now confirms that the intricacy and complexity of the design details in both the macro (cosmic) and micro (biological) Sciences point to an Intelligent Designer.  That designer is God.

Recent scientific discoveries demonstrate also that evolution could not have produced new life forms on planet Earth including humans. No matter how many eons of time one selects, the mathematical probability of evolution producing life forms is zero.

Even though the universe came into being, the Big Bang, about 13.8 billion years ago and the earth about 4.8 billion years ago, in all that time, the extensive number of fossils discovered, including those in the Cambrian strata (billions upon billions of fossils), not a single transitional species was found. All fossil species appear distinct; that is no evolution. The foundation of the evolution theory is a gradual transition of species thru random probabilistic transition. This is the essence of the theory yet NOT ONE transitional species has ever been found where there should be billions if not trillions.

Remember this too. The older Earth age does not conflict with the Genesis seven days of creation because the Hebrew word for day, ‘ium’, has four possible meanings one of which is, “A long period of time,” which could be millions or billions of years. In other words, God took His time to get Earth ready.

Regarding evolution, one must keep in mind that evolution was a theory which is now a worldview masquerading as scientific fact. It is fundamentally the religion of atheists who reject the idea of God or even an intelligent designer and that a human being has an eternal soul. Why, so that atheists can be their own god, live life as they please, fabricate their own truth and believe that life ends at death with no Judgment Day and no eternal condemnation or punishment. In other words, a life with no hope, no meaning, and no purpose of any eternal value. In that worldview, human life has no value greater than the lives of animals. Despite overwhelming evidence, evolutionists say, “my mind is made up, don’t confuse me with the scientific facts or the idea of intelligent design by a Creator God.” So sad!!

So, choose faith and study more about how science supports the Genesis account of creation. While you are searching for truth, you will also discover God’s plan for your life.