Was Jesus a Social Justice Warrior? 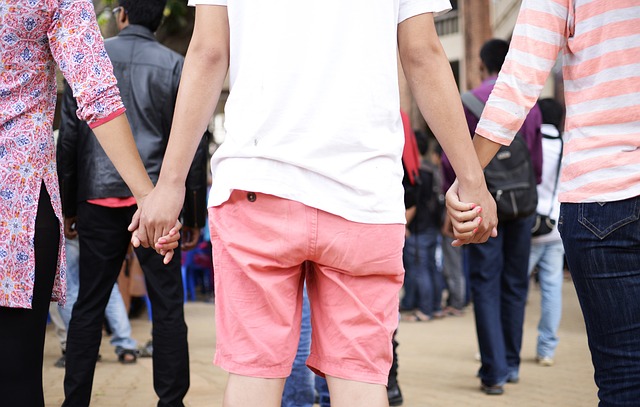 No. Jesus was very specific about his mission. Near the end of his life on earth, he explained to the Roman ruler, Pilate, to whom he was brought by the religious leaders,

“My kingdom is not of this world. If it were, my servants would fight to prevent my arrest by the Jewish leaders. But now my kingdom is from another place.”

Jesus answered, “You say that I am a king. In fact, the reason I was born and came into the world is to testify to the truth. Everyone on the side of truth listens to me.”

Throughout his short ministry on earth, he spoke about true justice as was described in the Old Testament scriptures. True justice is doing what is right before God. Making sure that all are treated equally. That the scales of justice should not be tilted one way or the other. Many proverbs address injustice including:

Acquitting the guilty and condemning the innocent—
the Lord detests them both.

The Lord detests differing weights,
and dishonest scales do not please him.

God clearly laid out a code of justice that recognized that showing favoritism to one group or another was wrong, the very opposite of what drives the social justice movement. We should not show favoritism to a “poor man” simply because he is poor (Exodus 23:2-3), nor should we call evil “good” and good “evil” (Isaiah 5:20).

But, people say, Jesus healed the sick, fed the hungry, cast out demons, saved an adulteress from being stoned, and talked about the poor inheriting the Kingdom of God. True, but he did those things to point people to the truth of God’s Kingdom, a heart change in this life and a glorious eternity free of the poverty, sickness, pain, suffering, guilt and shame that afflicts people in this life.

Jesus wants men and women to acknowledge their sins, repent (or turn away) and accept the great gift of grace that Jesus imparts to us all. He died on a cross as a substitute for our deserved death. We turned our back on God by not living up to the standard he set when he placed men and women on the earth. To provide a means of restoring a right relationship with God, He sent his son Jesus to die in our place and to be resurrrected to demonstrate that we too can enter eternal life with this just, loving God. That’s what Jesus was talking about when he spoke of the Kingdom of God.

Once an individual accepts Jesus as Lord and Savior he or she will want to serve God and others. That’s why, throughout history, Christians have helped the downtrodden, fed the hungry, visited the prisoners, cared for the sick–not out of a worldly obligation but out of devotion to God. In fact, Jesus, told the listeners to his Sermon on the Mount that they shouldn’t worry about the necessities of life like food and clothing but to focus on what really matters–a right relationship with God.

But seek first his kingdom and his righteousness, and all these things will be given to you as well.

Jesus didn’t suggest overturning the oppressive Roman government. He actually told people to pay their taxes and follow the law. He didn’t advocate for the redistribution of wealth from the rich to the poor. In fact a careful reading of the the Gospels suggests that Jesus was anything but a Social Justice Warrior. To begin with he endured an unjust trial when he could have avoided it.

He allowed himself to be annointed with expensive perfume when his disciples pointed out that it might be better to sell the perfume to help the poor. Jesus actually chastised them by saying, “the poor you will always have with you, but you will not always have me.” (Matthew 26:6-13)

Jesus gave money to Peter to pay his Temple tax, (Matthew 17:24-27) but Peter didn’t give money to a lame beggar at the temple gate. (Acts 3:6) Rather, Peter, invoking the name of Jesus, commanded the man to get up and walk. Then, to all the amazed bystanders, he preached the good news of Jesus’ death and resurrection and called for repentance. Peter did not criticize the government for failing the lame beggar. He didn’t call for universal healthcare or a poverty eradication program. He pointed people to Jesus and his kingdom.

When Jesus heard that John the Baptist was unjustly imprisoned he didn’t visit him in prison or petition to have his sentence overturned. No, he continued his ministry of preaching about he Kingdom of God and using miracles to validate his claim of being the Messiah.

Christians should be on the frontline of helping neighbors who are in need, physically and spiritually. But their emphasis should always be to do so in support of advancing God’s Kingdom.

If you would like to become a follower of Jesus and better understand his true mission on earth, please read our post, How does one become a Christian?