Why are there so many versions or translations of the Bible? If it’s God’s word, why not only one? 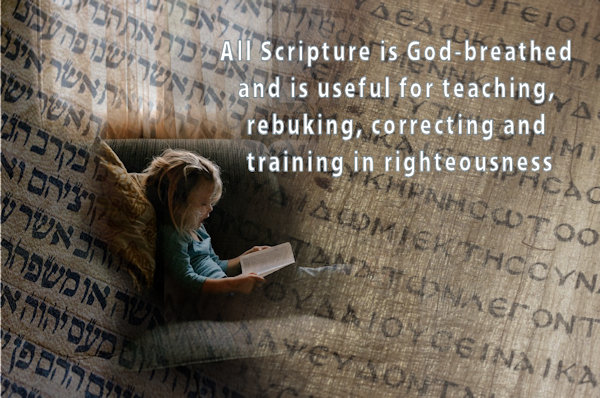 The Bible is made up of 66 writings (called books) penned by men over a span of many hundreds of years. Theologians and historians affirm that God inspired the writers and that what we read today is what God wants us to know about Him, his personality, his creation, and his plan for the world. It is also about his love of humans He made in His image, and His plan for redemption for the billions of men and women, who, through the millennia have turned their backs on God. So, is the Bible the Word of God? Yes and No.

When Paul the Apostle of Jesus wrote to his disciple, Timothy, he made clear that:

All Scripture is God-breathed (or inspired) and is useful for teaching, rebuking, correcting and training in righteousness

Paul is not saying that God dictated every word, but rather that He inspired the men who wrote it and copied it that we might be able to access the inspired scriptures 2000 years after the life of Jesus. The books of the Bible contain poetry, historical records, prophecy and letters that teach, admonish and encourage believers.  These books were originally written down in ancient languages, including Hebrew and Greek, and later translated into Latin and many of the world’s languages. These original books were written down over the course of 1,900 years.  The last of the books, God’s Revelation to John near the end of the first century of the Christian Era.

An early translation of the Hebrew Bible (Old Testament) into Greek is know as the Septuagint. It was made for Greek-speaking Jews in Egypt in the 3rd and 2nd centuries BC and adopted by the early Christian Churches. As languages changed, newer versions replaced older ones to ensure that the translation accurately conveyed the message of the original language.

Today, scholars are continually researching original manuscripts, many that predate the ones used for previous translations. They also study modern language and then create translations that they believe help the reader understand what had been originally written. Since many words in Hebrew and Greek don’t have exact parallels in English, scholars try to choose the best combination of words for the translation. In addition, since Hebrew and Greek sentence structure is different from English (and many other languages), translators have to take into account how to structure the translation to best capture the meaning of the original. Finally, translators think about the people who will be reading their work and may simplify or add clarity by introducing words not in the original.

Below are two verses from the Gospel of Mark — 5:22 and 23. These give an account of a Jewish official named Jairus who approaches Jesus with a request that Jesus heal Jairus’ daughter. The first paragraph is in the original Greek with the literal translation of each word interspersed. When you read it, you will see that the English is hard to understand.

When an English translation was prepared at the request of King James and published in 1611, the translation was in the vernacular of the day, and as you can read, it can be a challenge to a modern reader:

And, behold, there cometh one of the rulers of the synagogue, Jairus by name; and when he saw him, he fell at his feet, And besought him greatly, saying, My little daughter lieth at the point of death: I pray thee, come and lay thy hands on her, that she may be healed; and she shall live. (King James Version)

A popular modern version of the Bible, that closely adheres to the rules of translation, helps today’s reader better understand the story. It was translated by an esteemed team of scholars:

Then one of the synagogue leaders, named Jairus, came, and when he saw Jesus, he fell at his feet. He pleaded earnestly with him, “My little daughter is dying. Please come and put your hands on her so that she will be healed and live.” (New International Version)

Another modern translation, also done from original manuscripts by a team of highly-acclaimed Bible scholars seeks to stay true to the original text, but present it in language easily understandable to readers in the twenty-first century:

Then came one of the rulers of the synagogue, Jairus by name, and seeing him, he fell at his feet and implored him earnestly, saying, “My little daughter is at the point of death. Come and lay your hands on her, so that she may be made well and live.” (English Standard Version)

Departing from the strict rules of translation, The Message takes the ideas in the original Greek and restates them in the vernacular of the day.

One of the meeting-place leaders named Jairus came. When he saw Jesus, he fell to his knees, beside himself as he begged, “My dear daughter is at death’s door. Come and lay hands on her so she will get well and live.” (Message)

Compare that to a translation by a single scholar, Robert Young, in 1862 who created a literal word-for-word translation using language that was popular in his day, but is out of favor today:

and lo, there doth come one of the chiefs of the synagogue, by name Jairus, and having seen him, he doth fall at his feet, and he was calling upon him much, saying — `My little daughter is at the last extremity — that having come, thou mayest lay on her [thy] hands, so that she may be saved, and she shall live;‘ (Youngs Literal Translation)

As you can see, all of the translations help us understand the encounter between Jairus and Jesus, but each has its place in communicating to specific audiences at different times and in different places. None claim to be words dictated to the authors or translators by God. All strive, however, to convey the inspired words of God contained in the original manuscripts.