Why do we celebrate Christmas in December?

The winter celebration of the birth of Christ dates first appears on a Roman calendar in 336 AD, centuries after the event took place. Scholars believe that there may have been an attempt to co-opt an existing pagan festival that marked the coming of the light after the shortest day of the year. Clues in the Bible suggest another time of year, because shepherds would not likely be in the fields with sheep during the cold winter. Some scholars suggest a spring birth when lambs would have been in the fields with their mothers. Others identify fall, perhaps September as the likely month of birth. If the latter, the celebration on December 25th could mark the moment that light entered the world when God entered Mary’s womb.

When we celebrate is not nearly as important as why we celebrate. Since the beginning of time, God created mankind in his image so that he could commune with them, to let them enjoy a perfect world communicating with the creator of everything. When man and woman broke the covenant with God, the perfect world fell apart as evil reared its head and brought death and destruction to all that had been right.

A penalty had to be paid for the violation of God, and He knew that only a perfect sacrifice could atone for the great injustice of all men and women–past, present and future. God knew that the only perfect sacrifice would be himself, in the form of his son, Jesus, who was born to die. We celebrate the coming of God to be our savior and redeemer.

The baby in the manger grew up to be the sacrificial lamb for all of humankind. He died in our place that we may be pardoned and be returned to a right relationship with God. Therefore, while we celebrate the arrival of a baby born of a virgin, the true celebration is that of the birth of a savior who would provide the gateway for us to be restored to a right relationship with the almighty God of the universe. 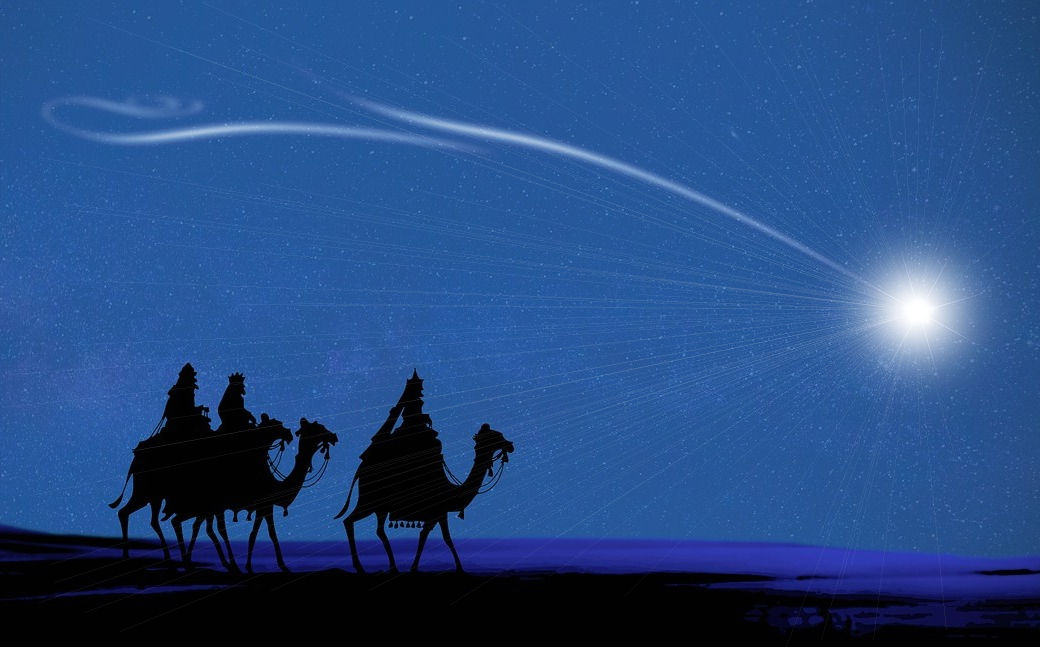 Why was Jesus born in a stable?

The short answer is he probably wasn’t. The more important answer is that there was a reason for the humble birth of God’s son–a reason that predates time itself.

First, let’s address the place of Christ’s birth. Joseph and his betrothed wife, Mary most likely walked the 100 miles from Jerusalem to Bethlehem in a caravan of others heading to their ancestral homes in the south to register for a census decreed by Caesar Augustus. Since Jews avoided contact with Samaritans, those who lived between Nazareth and Bethlehem, they would have traveled on a route that followed the Jordan River east of Samaria. The one-to two-week, 100-mile journey, brought them to the small village six miles south of the temple in Jerusalem.

There, like most of their fellow travelers, they would have sought lodging with relatives. The Bible tells us there was no room for them in the guest room, (mistranslated “stable”) that would have been on the upper level of the house where people slept, so they likely bedded down in the general living area on the first floor. A common practice then was to bring animals inside at night to protect them from cold, thieves and other dangers. That may be why Mary, after delivering her baby, lay him in a feeding trough (manager), that then served as Jesus’ bassinet.

Of greater importance is understanding why Jesus would be born in such lowly circumstances. Jesus was with God when the universe was created. He was the instrument of creation of everything, including mankind, with whom he wanted to have a relationship, and on whom he could bestow his love and affection. However, man abused the relationship and rebelled and in the process became lost to God’s companionship and his love. God never stopped loving man, and prescribed a system of sacrifice by which man could atone for his rebellion, generally known as sin. The blood of an unblemished lamb was let each year for the forgiveness of sin, but it was a temporary measure that had to be performed annually, forever.

Jesus, the creator of the universe, came to earth to take the place of the lamb, shedding his blood once for all time. How better for Him to become the perfect sacrifice than to be born in the lowliest of conditions taking the place of the unblemished lamb. God loved us so much that he sent Jesus in total humility to provide a pathway for the restoration of our relationship with Him.

If I live my life to the best of my ability, when I die, I’ll be going to heaven, right? Unfortunately, that’s not right.

None of us can live perfect lives. We can never be good enough to enter heaven. We read in the Bible that “all have sinned and fall short of the glory of God.” (Romans 3:23) So while good works are important, “Works, through faith, are good and profitable for all people” (Titus 3:8), it is only through faith in Christ Jesus (John 14:16) and His sacrifice for us that we are saved, not by our works, otherwise we might think too highly of ourselves and devalue Jesus and His life.

Getting to heaven demands atonement for our sins–a sacrifice that is great and costly. That sacrifice is beyond anything that we can do, that’s why God did it for us. He sent his son, Jesus to earth to become that sacrifice. In John 3:16 we read, “For God so loved the world that he gave his one and only Son, that whoever believes in him shall not perish but have eternal life.”

Does that mean that good works are worthless? Absolutely not. Faith in Jesus Christ is what saves us, but faith without works is dead (James 2:20-24). Works are the fruit of our faith and obediently done for the glory of God (Matthew 5:16). God wants us to good. Within the Bible we read, “…what does the Lord require of you? To act justly and to love mercy and to walk humbly with your God.” (Micah 6:8)