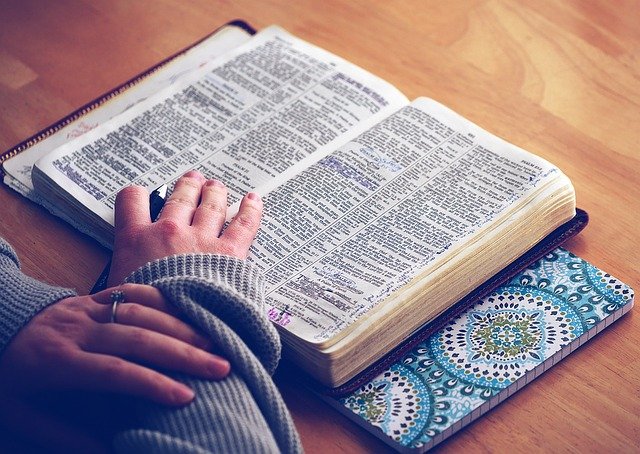 Is the Bible really God’s word?

Christians believe the answer is YES. Why? Because the Bible contains the only rational explanation for creation, sin, and redemption. It also contains hundreds of predictions that have been exactly fulfilled in date and event hundreds of years later. That could only happen if God who knows the entire experience of the human race can see the future as if it has already happened. The apostle Timothy wrote,

“ All Scripture is God breathed and is useful for teaching, rebuking, correcting and training in righteousness, so that the man of God may be thoroughly equipped for every good work”. (2 Timothy 3:16-17)

Some additional comments are worthy of note. Translations, and there are many, make the best effort to capture the intent and context of the inspired original. Hermanutics is the study of Scripture. One must go to the original language as far as possible to get the authors’ full intent, meaning, and purpose of that written. Context, that is who is writing it, when was it written, to whom was it written, what were the circumstances surrounding the passage, etc. are all relevant to gain understanding and discover the treasure of truth contained in the Bible.

It is important to remember, early languages, Hebrew in particular, had a limited vocabulary estimated at 4000 words or less compared to English today with 600,000 defined words. Hence most words in the original Hebrew text words had multiple meanings making context of the passage very important. Greek originals of the New Testament were more precise and therefore were more easily translated into modern English.

Finally, the Bible is absolutely the inspired WORD of GOD and God purposely provided it the way He did. This makes one’s study of it so much more exciting and fun. Every time one reads the Bible they discover more truths and the inspiration for living a meaningful and purposeful life. Some say that the word BIBLE is an acronym for the phrase, ‘Best Investigated Before Leaving Earth.’

We urge you and everyone to diligently, take time, and read and study His Word. We encourage you to make it a daily habit. It’s one you will never regret. It will lead you to Jesus who is the only way to Heaven. (John 14:6)

What is Natural Law?

There are two important factors in understanding law: (1) man’s moral worth; and (2) man’s rebellious nature.

Man has worth. Man was created by God in the image and likeness of God. Thus, there is an inherent value in a person. That worth is not earned but is given in man’s creation. It is often called “moral worth” or “the dignity of man.” Thus, to harm or murder a man is to deny him the value and dignity bestowed upon him by God.

Also, man has a rebellious nature. Man disobeyed God and the result was a change in man’s nature. His nature became self-centered. As such, man will devise ways to achieve his own self-interests, often harming others. Law attempts to control this rebellion in man.

Because of these two factors, moral worth and rebelliousness, God has given two types of law: (1) natural law (which we address in this post) and (2) Biblical law (which we will address next week).

Natural Law. Man, whether Christian or not, has a conscience. The conscience includes a memory bank of rules of right and wrong. Man is born with these rules. As man acts, his conscience views this memory bank, and signals to the man whether he should or should not carry out the action. It is an inherent sense of right and wrong. It is called natural law. Thus, all individuals are held accountable to God for their actions in abiding by or disobeying the built-in understanding of right or wrong known as conscience.

Many cultures, including Judaism and Christianity, summarize this law as the Golden Rule: Do unto others as you would have others do unto you.

The signers of America’s Declaration of Independence referred to the Laws of Nature and Nature’s God and proclaimed that all men are created equal and are endowed by their Creator with certain unalienable Rights. They concluded by appealing to the Supreme Judge of the world firmly relying on the protection of divine Providence.

All of the men who gathered in Philadelphia in 1776, identified themselves as Christians and were well acquainted with the Bible, They “believed in and based the nation’s independence on Natural Law; that is, that God in creating the universe, implanted in the nature of man a body of Law to which all human beings are subject, which is superior to all manmade law and which is knowable by human reason.”*

The nation’s founders tied their understanding of Natural Law to a set of God-given rights later codified in the Constitution and, in particular, the first 10 amendments. Those rights come under the broad headings of Life, Liberty and the pursuit of Happiness.

Since all men and women are incapable of keeping the law–natural or Biblical–they are forever separated from their creator God. That’s why God, sent his son, Jesus, to provide a way to restore the relationship between God and man. If you’d like to learn more, check out our post, How does one become a Christian?

What is Christian Apologetics?

The dictionary defines apologetics as “reasoned arguments in justification of something, someone or a cause. Persuading with reason and evidence and truth.”

Therefore, Christian apologetics are the reasoned arguments that justify what Christians believe about God, the Bible, Jesus Christ, Creation, Sin, Salvation, Nature, the Origins of Man, Heaven, Hell, End Times, Judgement and Eternity. These apologetics undergird Christianity, allowing Christians to understand the solid foundation on which their belief rests.

Through apologetics, Christians are able to coherently explain God’s existence, the truth of the Bible, and the reliability of the Biblical and Secular evidence for the life, teachings, miracles, death on a cross, resurrection and ascension of Jesus Christ. What Christians believe and why they believe it matters because those who have placed their faith and trust in God and Jesus find real meaning and purpose in life. They overcome the fear of death and find peace with God, joy for living and the assurance of eternal life in Heaven.

Christian Apologetics demonstrates that the truth of God’s Word best matches the reality of the human condition and life itself. That’s why hundreds of millions of people have become followers of Jesus. They recognize that He is who He said He is: The Son of God, The Prophesied Messiah, The Anointed One… the only way to peace with God and eternal life. Jesus is the only one who can forgive sin. He is the only real hope for world peace. He is the only intercessor between man and God. He has promised that he will return to earth to Judge all who have or will have lived in this world, making all things new including Earth and Heaven.

That judgment will be final. Those who have not placed their trust and faith in Jesus as their Savior will be eternally separated from God and his perfect love. If you would like to know how you can become one of God’s children and begin to walk into the best possible future, check out our post, How does one become a Christian?  How you respond will be the most important decision of your life.