Was Jesus the promised Messiah? 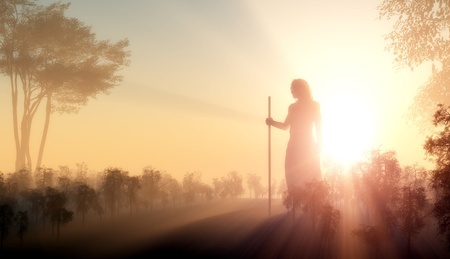 Yes. According to the Bible, Jesus is the anointed one, or Messiah, who would become King at the end of days.

In the New Testament portion of the Bible, the life and work of Jesus reveal that He fulfills more than 50 specific prophecies that were recorded hundreds of years before his birth. The fulfilled prophecies point to more than an anointed king, but also to a suffering savior, a teacher, and a healer. The kingship of Jesus is traced in the Bible through 30 generations back to Hosea, the last King of Judah, who reigned almost 600 years before Jesus.

More than 400 years passed between the time when God spoke to his chosen people, the Hebrews in the Old Testament and when He spoke again, through John the Baptist and Jesus in the New Testament. During that long time of absence, the words of the prophets of a coming Messiah encouraged people to continue to pray and expect a king to rule them. In Jeremiah 33, we read of Jesus reestablishing God’s chosen people. Micah 5:2 prophecies the birth of Jesus. But is not until we read in John 1:19-34, the testimony of John the Baptist and his introduction of Jesus “the Lamb of God” that we begin to see the fulfillment of the many prophecies and our understanding that Jesus is the promised Messiah.

Now this was John’s testimony when the Jewish leaders in Jerusalem sent priests and Levites to ask him who he was. He did not fail to confess, but confessed freely, “I am not the Messiah.”
They asked him, “Then who are you? Are you Elijah?”
He said, “I am not.”
“Are you the Prophet?”
He answered, “No.”
Finally they said, “Who are you? Give us an answer to take back to those who sent us. What do you say about yourself?”

John replied in the words of Isaiah the prophet, “I am the voice of one calling in the wilderness, ‘Make straight the way for the Lord.’”
Now the Pharisees who had been sent questioned him, “Why then do you baptize if you are not the Messiah, nor Elijah, nor the Prophet?”
“I baptize with water,” John replied, “but among you stands one you do not know. He is the one who comes after me, the straps of whose sandals I am not worthy to untie.”

This all happened at Bethany on the other side of the Jordan, where John was baptizing.
The next day John saw Jesus coming toward him and said, “Look, the Lamb of God, who takes away the sin of the world! This is the one I meant when I said, ‘A man who comes after me has surpassed me because he was before me.’ I myself did not know him, but the reason I came baptizing with water was that he might be revealed to Israel.”

Then John gave this testimony: “I saw the Spirit come down from heaven as a dove and remain on him. And I myself did not know him, but the one who sent me to baptize with water told me, ‘The man on whom you see the Spirit come down and remain is the one who will baptize with the Holy Spirit.’ I have seen and I testify that this is God’s Chosen One.”